Risk taker par excellence, style maven extraordinaire, her most exhilarating legacy is a design archive making waves around the world. But this is where her legacy begins. Born in 1899 in a remote rural corner of Australia’s Queensland, Florence’s death was a violent murder at the age of 78. In between she lived a series of vivid, fantastic lives. Charismatically fearless from word go, she spent the roaring 20’s singing across the Far East’s colonial reaches and ran a nishing school in Shanghai as “Bobby Broadhurst.” In 1920’s London, she became “Madame Pellier,” a French couturier proud to dress the rich and famous. She moved back to Australia as an aristocrat English lady; an entrepreneur, society gurehead and landscape paint- er. With every incarnation Florence became someone new – new hair colour, new accent, and new history. Even, on occasion, new name. At the age of 60 she did it again, launching in Sydney her de ning venture –an internationally successful, luxury, handprint wallpaper business. Everywhere she had been and everything she had seen found voice in a whirlwind of creativity. Florence’s archive grew to over 300 designs ranging from tapestries to geometrics, oral, psychedelic, and delightfully eccentric chinoiserie. Yet however dynamic and diverse her artwork became, her personality was more compelling still. Designers wanting to make waves around the world have embraced Florence Broadhurst’s vivid and awe-inspiring body of work. She announced she would colour Australia. In doing so she redrew the world. Selamat Designs is lucky enough to be the sole licensee for Florence Broadhurst furniture and accessories in North America. 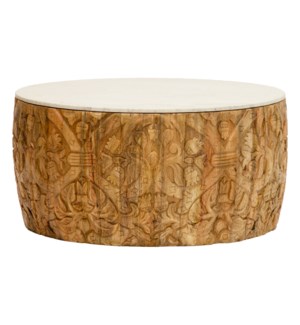 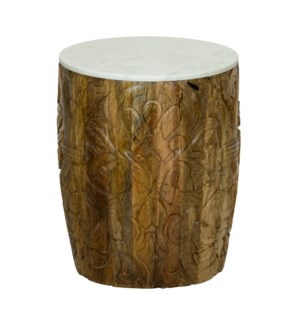 Pomegranates Side Table in Natural 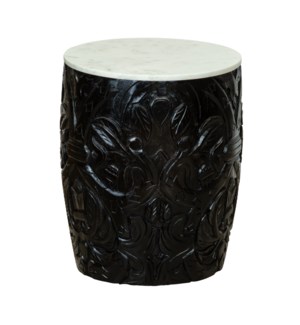 Pomegranates Side Table in Black

You have reached the maximum number of items for an order.
Please submit this order before adding additional items.